Copper is such a hot commodity that thieves are going after the metal anywhere they can find it: an electrical power station in Wichita, Kan., or half a dozen middle-class homes in Morris Township, N.J. Even on a Utah highway construction site, crooks managed to abscond with six miles of copper wire.

Those are just a handful of recent targets across the U.S. in the $1 billion business of copper theft.

“There’s no question the theft has gotten much, much worse,” said Mike Adelizzi, president of the American Supply Association, a nonprofit group representing distributors and suppliers in the plumbing, heating, cooling and industrial pipe industries.

“There was a perception that copper theft slowed down after the recession, and the rise in commodity prices seemed to ease off,” he said. “But that’s not the case. The theft has only been growing.” 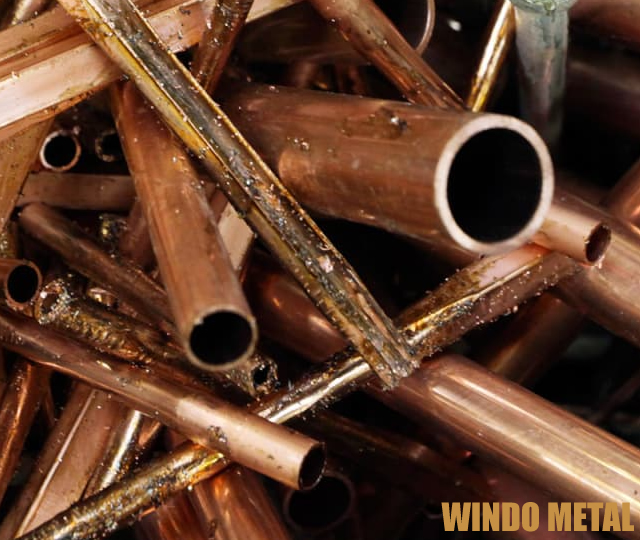 Stolen copper is valuable as scrap because the metal is used for so many items—from fiber optics to plumbing to anything electrical—and the profits are tempting.
(Read more: Copper near three-week low on China growth worries)
“Copper prices have leveled since the recession, but they’re still high enough to have people steal it,” said Michael Gurka, managing director of Spectrum Asset Management, a Chicago investment firm.
“It’s also a very tangible asset and hard to trace, and reselling it can bring in lots of money,” he added.

Ten years ago, copper futures traded at 80 cents a pound on the Chicago Mercantile Exchange. By 2006, they were at $4 a pound. They are now trading at about $3 a pound, lower than seven years ago but still 375 percent higher than 2003.

According to the latest statistics from the National Insurance Crime Bureau which tracks incidents of metal theft, 25,083 claims were filed from 2009 to 2012, compared with 13,861 from 2006 to 2008. Nearly 96 percent of the claims in the more recent period were for copper theft.

The five leading states for the thefts are Ohio, Texas, Georgia, California and Illinois, the NICB said.

The problem has been left largely to local law enforcement agencies, though the FBI has stepped in and arrested dozens of people over the last five years.

In May, the agency arrested seven people in northwest Ohio for allegedly taking copper from utility power substations and selling it for $15,000.

Authorities often go to the places where the copper burglars might attempt to unload their metal, including scrap yards.

“But we only buy from licensed contractors, and we take pictures of what we buy and keep good records on sellers,” he said. “We work with the police and make sure all our buys are legal.”

Even then, “we can’t get enough copper,” Buechel said. “It has incredible demand.”

Repair crews at risk of electrocution
A major target for robbers has been the copper wiring in electrical power substations and utility poles.

“The typical theft is usually around 200 to 300 feet of copper wire,” said Kristine Snodgrass, a spokeswoman for PSE&G, an energy company in northern New Jersey. “That’s about $500 in a scrap yard.”

In March, someone took off with $68,000 worth of copper from a PSE&G substation under construction in Montgomery Township, N.J., making off with several 1,000-pound spools of wire.

“We now have our own dedicated investigator working with police,” Snodgrass said. “Arrests have gone up in recent weeks, and we’re seeing fewer thefts.”

Copper wire was stolen from a substation of Kansas-based Westar Energy in April, knocking out power in south Wichita and causing more than a $150,000 in damages. Westar officials said there have been more than 50 copper thefts at area substations this year, versus four in 2012.

“It’s been like an epidemic this spring, and we couldn’t keep up with the thefts,” said Pat VanSyoc, director of substation maintenance for Westar.

“The damage can be quite extensive,” he said. “It costs anywhere from $3,000 to $5,000 for us to repair the substations, plus there’s the loss of energy for our customers.”

VanSyoc said thieves have no idea of the danger —for themselves and the company’s repair crews—when they try to steal copper from power outlets.

“They can easily get electrocuted trying to steal copper wiring, and if we have to dig deep to find what they’ve stolen, it puts our repair people in danger as well,” he said.

Police in some states, including West Virginia and Kansas, have reported deaths from suspected copper heists gone wrong, finding electrocuted victims carrying flashlights and bolt cutters next to power lines.

Stopping theft unlikely
To stem the the overwhelming tide of thefts, some utility companies like Westar are making power stations more physically secure, as well as taking other steps to make them less attractive to thieves even if they do break in.

“It has a steel core and copper on the outside,” he explained. “It costs us a lot to put in but It doesn’t have the same value as straight copper wiring so we expect this to cut back on thefts.”

States including California, Nevada, Kansas and Washington have passed laws recently to crack down on copper theft by mandating that recycling yards keep exact customer records on copper purchases, codifying copper materials with serial numbers for tracking, while also calling for stricter penalties for convicted thieves.

“With the mood Congress is in, I don’t think they are likely to pass a nationwide law on this right now,” he said. “And that’s a problem because most penalties for copper theft are a slap on the wrist.”

(Read more: China slowdown digs a hole for US industrials)

“This is not a victim less crime,” he added. “People can die from trying to steal it, and what about a hospital full of patients that has its power shut off because a power station was broken into. This is more dangerous than people think.”

And as long as the price of copper remains high enough for thieves to take their chances, the problem is not going away, said Spectrum Asset Management’s Gurka.

“The overseas market for copper is growing, and even if the price goes down, people are going to try to steal it,” he said. “I don’t see this going away.”

How Storage Containers Can Prevent Copper Theft at Construction Sites

How to Solder Copper Pipes