Basic introduction of copper
Copper is one of the earliest metals discovered by human beings. It was used by human beings more than 3000 years ago. Copper in nature is divided into natural copper, copper oxide and copper sulfide. The reserves of natural copper and copper oxide are very small. Now more than 80% of copper in the world is refined from sulfide copper. The copper content of this ore is very low, generally about 2-3%. Copper, element symbol Cu, atomic weight 63.54, specific gravity 8.92, melting point 1083co. Pure copper is light rose or reddish. Copper has many valuable physical and chemical properties, such as high thermal conductivity and conductivity, strong chemical stability, high tensile strength, fusible bonding, corrosion resistance, plasticity and ductility. Pure copper can be drawn into very thin copper wire to make a very thin copper foil. The alloy can be formed with zinc, tin, lead, manganese, cobalt, nickel, aluminum, iron and other metals. The alloy formed is mainly divided into three categories: brass is copper zinc alloy, bronze is copper tin alloy, and white copper is copper cobalt nickel alloy.
The development of copper metallurgy technology has gone through a long process. The smelting of copper is still mainly by fire smelting, with the output accounting for about 85% of the total copper production in the world. The modern hydrometallurgy technology is gradually promoted, and it is expected to reach 20% of the total output by the end of this century. The introduction of hydrometallurgy has greatly reduced the smelting cost of copper.

The characteristics of copper suitable for futures trading
Copper is an important raw material for industrial production, which belongs to the world commodity and has a wide range of uses;
Copper is easy to store, transport and perishable, and can meet the basic requirements of futures delivery;
Copper specification and grade are easy to divide, quality standard and packaging standard are easy to unify, that is, it is easy to make standardization and compliance;
The price fluctuation of copper market is large, and the producers, consumers and dealers of copper need a place to avoid price risk. 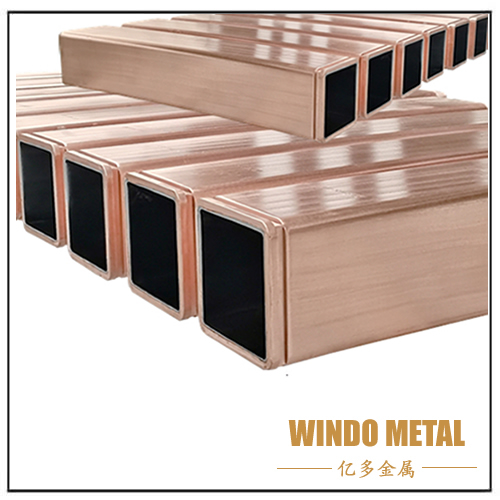 About the Author: Brass Copper